The EACD acknowledges that COVID-19 (Coronavirus disease) has created disruption in the world. People’s health and lives are at stake and several industries have been affected by the virus . The global reaction to combating the virus and its effects have been swift and the international attention and focus on finding solutions is constant.

The EACD would like to confirm and emphasize that our number one priority is the health and safety of our delegates. To this effect, the EACD General Management Committee and the Local organizing team have decided to postpone the 32nd EACD Annual Meeting in Poznan, Poland to 25-28 November 2020.

This decision has not been taken lightly, but the health of all our members, delegates and presenters is our foremost concern. All currently registered delegates, authors with accepted abstracts, and sponsors/exhibitors for EACD Poznan 2020 will be updated at short notice with more detailed information, but we would like to assure you that we will aim to minimize as much as possible the implications for all involved. Once again, we hope you understand the reasoning and the safety of the members, delegates and presenters is our paramount concern.

If you have any question regarding the EACD Annual Meeting in Poznan, please feel free to contact the EACD2020 team at contact@eacd2020.org 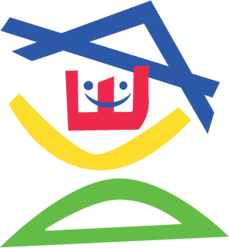 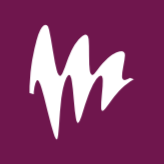 In his talk, based on his research group’s interests in foetal/infant motor behaviour and the emergence of intersubjectivity, Prof. Guzzetta will address the connection between movement and social development, and the implications in children with brain damage, starting from early gestation up to the first months of life. 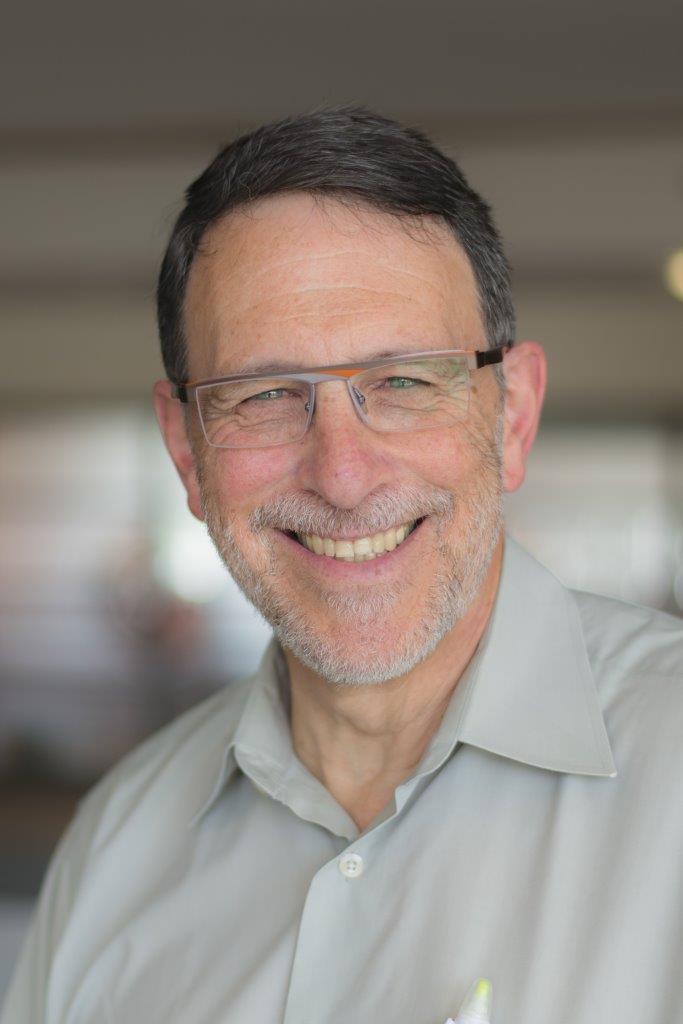 Peter Rosenbaum has been a Professor of Pediatrics at McMaster University since 1984. In 1989, he co-founded the award-winning CanChild Centre for Childhood Disability Research, recognized world-wide for its research and dissemination activities. He held an inaugural Tier 1 Canada Research Chairs (2001- 2014), has held more than 80 peer-reviewed research grants, and is a contributing author to > 370 peer-reviewed journal articles and book chapters. He has been an invited lecturer and keynote speaker in > 30 countries. National and international recognition includes the Ross Award from the Canadian Pediatric Society (2000); an Honorary Doctor of Science degree, Université Laval (2005); the AACPDM’s first Mentorship Award (2007) and its Lifetime Achievement Award (2014). In 2015, he received the inaugural Holland Bloorview Medal of Excellence for “outstanding achievement and leadership in making positive global advancements in the field of childhood disabilities. In October 2017, he was honoured by the University of Haifa with the university’s Carmel Award of Merit in recognition of his lifetime achievements in childhood disabilities research. In May 2018, he received the Fondation Paralysie Cérébral/Fondation Motrice Prize at the 30th annual meeting of the European Academy of Childhood Disability. 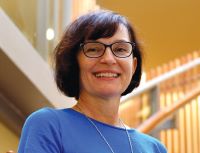 Beata Batorowicz, is an occupational therapist and tenure-track Assistant Professor at Queen's University in Canada. She has 23 years of clinical and research experience in the field of childhood disability, assistive technology and augmentative and alternative communication (AAC). Her research concerns enabling and enriching participation of children and young people with disabilities, especially those who rely on AAC and has a particular focus on environment-based approaches and technology.

Dr Batorowicz graduated as an occupational therapist from Western University (1995), completed MSc in Rehabilitation Science at Western (2004) and PhD at McMaster University, CanChild (2015), for which she received a prestigious Vanier Canada Scholarship with the Canadian Institutes of Health Research.

Dr Batorowicz is currently a Fellow of the AMS Phoenix, Chair of the Research Committee of the International Society for Augmentative and Alternative Communication and an associate editor of the AAC journal. She has over 50 publications in peer-reviewed journals and conferences and has been an invited lecturer and keynote speaker in many countries, including Poland, Canada, Brazil, Russia and UK.

Bryony Beresford is a social scientist with over 25 years’ experience of applied policy and practice research concerned with health and social care issues across the life-course, and particularly childhood, adolescence and young adulthood. Throughout her career she has based in the Social Policy Research Unit at the University of York and was awarded a Personal Chair in 2011. A mixed methods researcher, her work includes policy evaluation, evaluation of alternative models of service delivery, evaluation of specific interventions and the lived experiences. Her research on transition spans a wide range of long-term conditions and impairments, and among the first to focus on the preparedness and adequacy of adult health care. She was topic advisor to the National Institute of Health and Care Excellence’s (NICE) Guideline Development Group for transition from children’s to adult services (published in 2016). 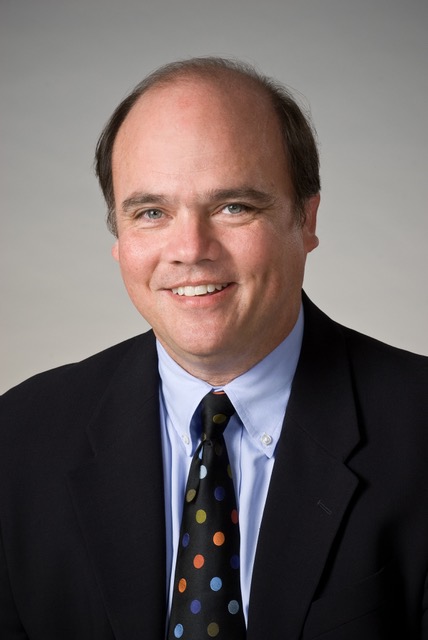 Dr Chambers is currently the Director of the Southern Family Cerebral Palsy Program at Rady Children’s Hospital. He also is the Co-Director of 360 Sports, the sports medicine program at Rady Children’s Hospital. Hank was the Chief of Staff at Rady Children’s Hospital San Diego from 2004-2006. He is active nationally in many organizations including the American Academy of Orthopedic Surgeons, the Pediatric Orthopedic Society of North America, and the American Academy of Pediatrics. He is a Past President of the American Academy for Cerebral Palsy and Developmental Medicine and is also the Past President of PRISM, a pediatric sports medicine research society which he co-founded. He has published over 100 articles and 40 book chapters He has been fortunate to have been the visiting professor at over 95 institutions throughout the world and has been recognized as one of the Top Doctors in San Diego, Best Doctors in America, Top Doctors in the US News and World Report and Who’s Who in America and in the World

Ros Boyd is a paediatric physiotherapist and neuroscientist with expertise as in conducting Clinical trials for interventions for infants children and youth with Cerebral Palsy. She leads a nationally funded (NHMRC) Centre of Research Excellence “The Australasian Cerebral Palsy Clinical Trials Network” and is Scientific Director of the Queensland Cerebral Palsy and Research Centre at the University of Queensland. Prof Boyd’s clinical trials have tested the efficacy of novel interventions including Upper limb training, participation focused interventions, FES cycling, parenting interventions incorporating mindfulness and early intervention in low resource settings (>17 RCT’s), national implementation of early detection of cerebral palsy, and longitudinal comprehensive outcomes linked to brain structure and function. She has received >Aus $35M in funding with 275+ publications and with her coauthors was awarded the international Gayle Arnold Award on 3 occasions (2010, 2011 and 2014).

Prof. Boyd graduated as a physiotherapist (BAppSc 1981) from University of Sydney and completed a Postgrad in Biomechanics at the University of Strathclyde (1997), MSc in Physiotherapy at University of East London (2001) followed by PhD at LaTrobe University (2004). Ros has a vision where all infants at risk of adverse neurodevelopmental outcomes (including CP) would be accurately identified soon after the injury (prior to birth and or soon after birth) be fast-tracked to receive neuroprotective therapies and very early rehabilitation to optimize neuroplasticity and support parents with preventative care. 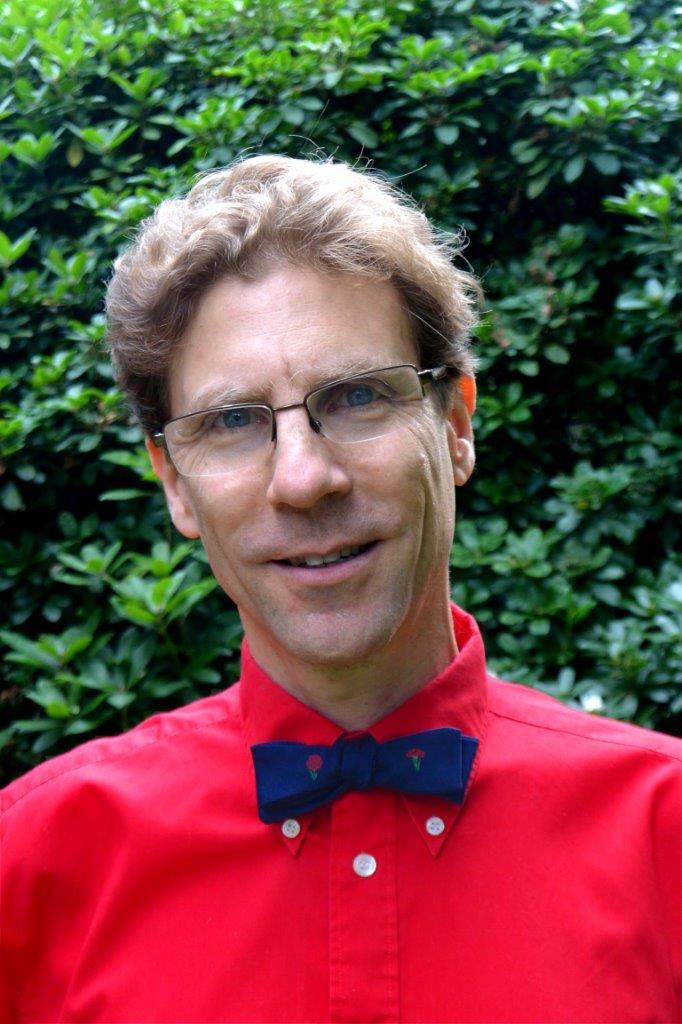 Bernard Dan is a paediatric neurologist and rehabilitation physician based in Brussels. He is professor of neuroscience at the Université libre de Bruxelles, medical director of Inkendaal Rehabilitation Hospital, and Editor-in-Chief of Developmental Medicine and Child Neurology. His clinical and research interest includes cerebral palsy, neurogenetic conditions and neurophysiology. He was the 2010 president of the EACD and chaired the scientific committee of the academy until last year. He wrote over 250 articles in top-ranking journals, textbooks on Angelman syndrome, childhood disability, and co-edited a major reference book on cerebral palsy and one on ethics in childhood neurodisability. He served as scientific curator for several art exhibitions relating to disability and authored novels and short stories. 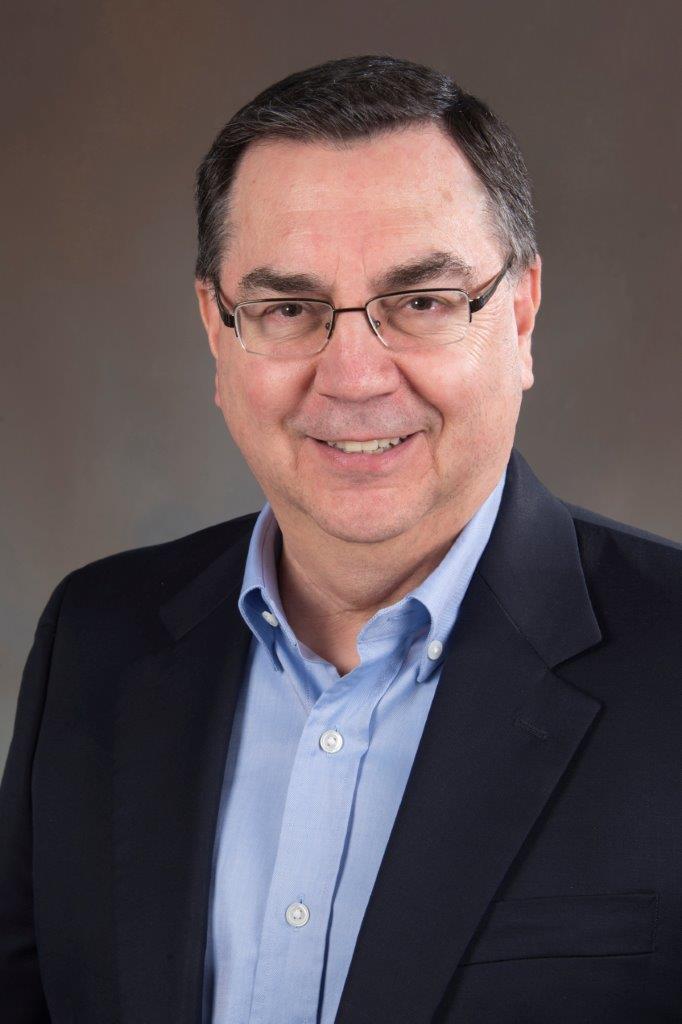 • Board Certified in Neurology with Special Qualifications in Child Neurology and Clinical Neurophysiology
• Professor of Neurology at the University of Texas Southwestern Medical Center, Dallas, TX
• President of the American Academy for Cerebral Palsy and Developmental Medicine 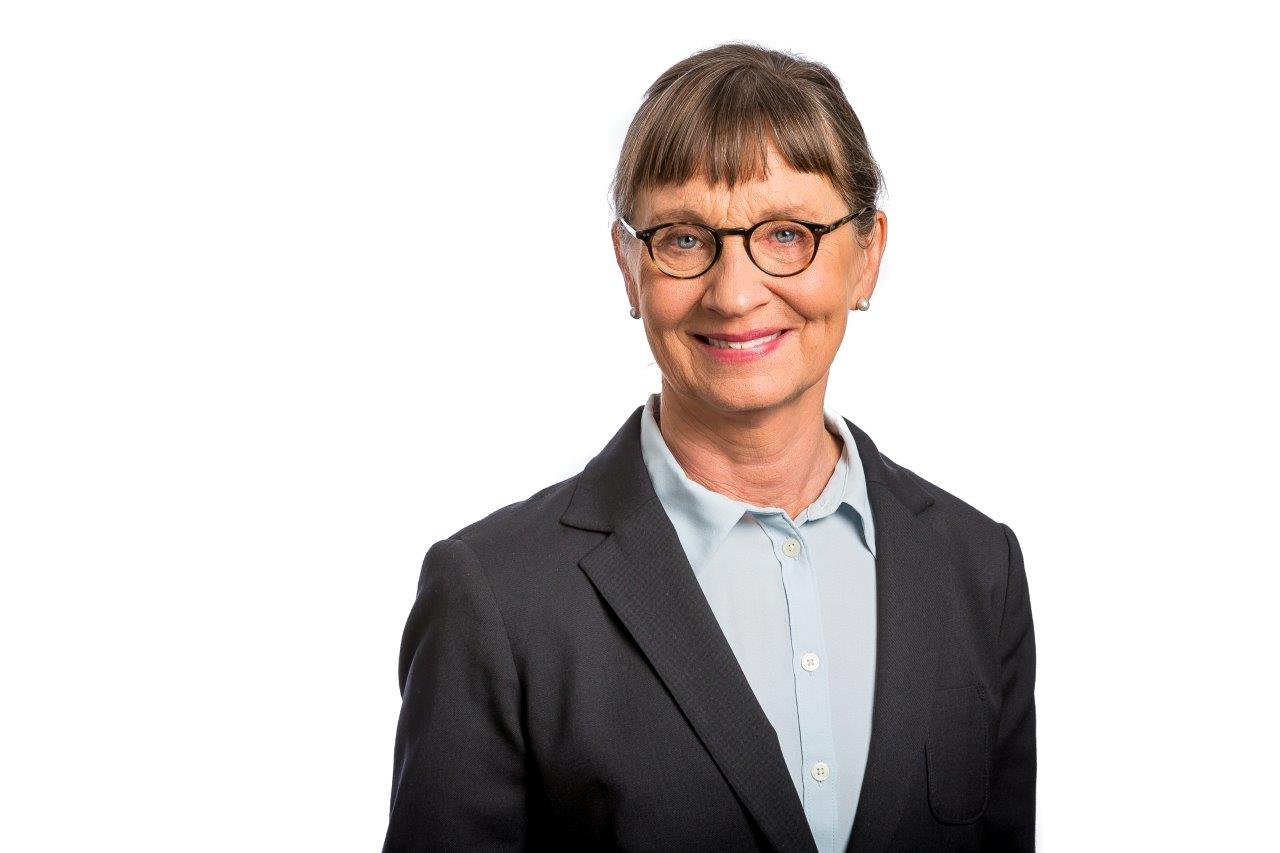 Dr. Deborah Gaebler-Spira completed a Pediatric Residency at University of Chicago and Physical Medicine and Rehabilitation Residency at Shirley Ryan AbilityLab (formerly Rehabilitation Institute of Chicago). She combined the two fields at Shirley Ryan AbilityLab and has been there for the past 30 years. She is a Professor of Physical Medicine and Rehabilitation and Pediatrics at the Northwestern Feinberg School of Medicine. Her main clinical practice has been working with children with cerebral palsy and their families. 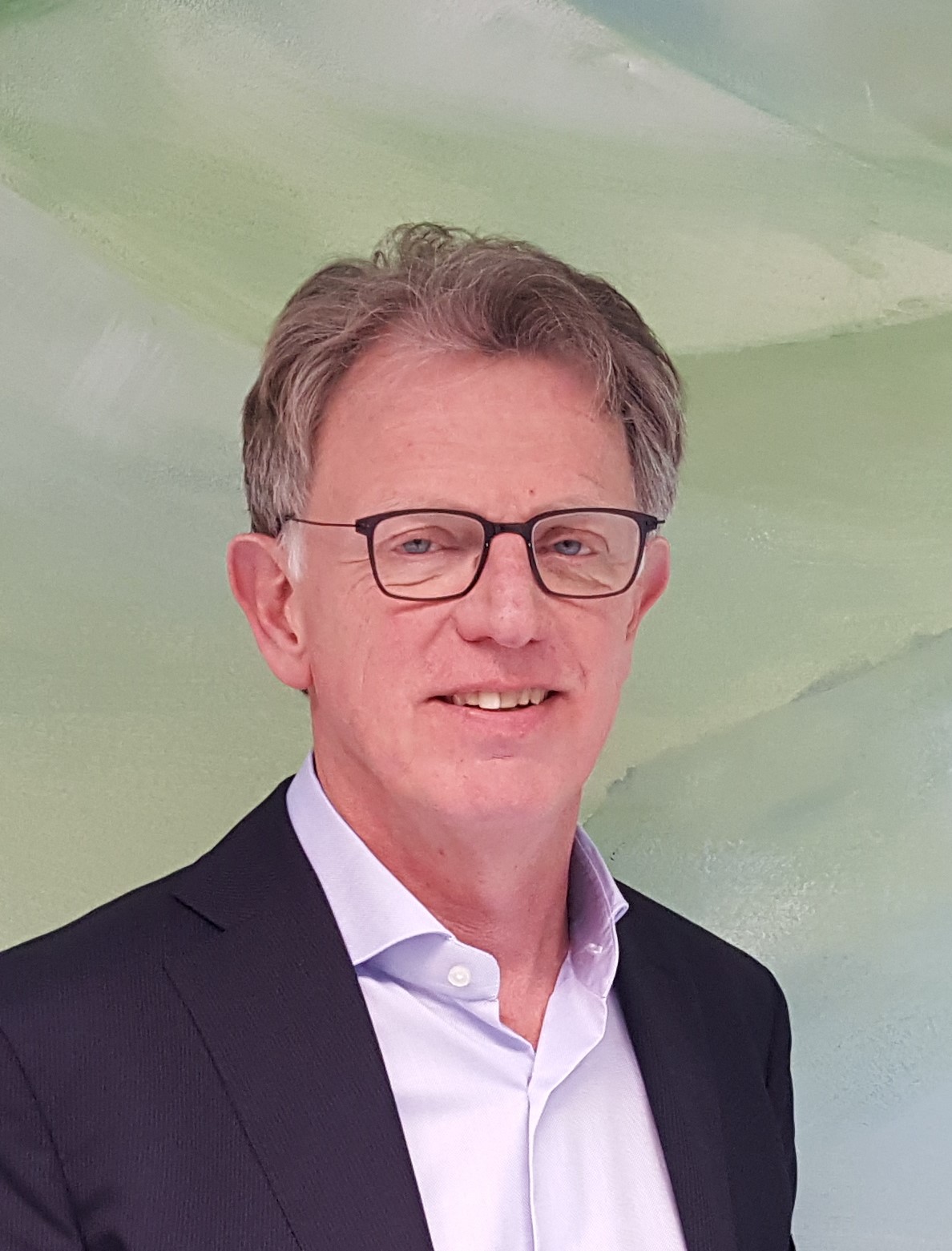 Prof. Jaap Harlaar, holds a chair in Clinical Movement Analysis at Amsterdam University Medical Center, where he developed several functional diagnostic methods to inform treatment decisions in children with cerebral palsy. Recently he was also appointed at Delft University with a chair in clinical biomechatronics, and serves as director of studies in Clinical Technology & Technical Medicine. Prof. Harlaar is a past president of ESMAC (European Society for Movement Analysis in Adults and Children).